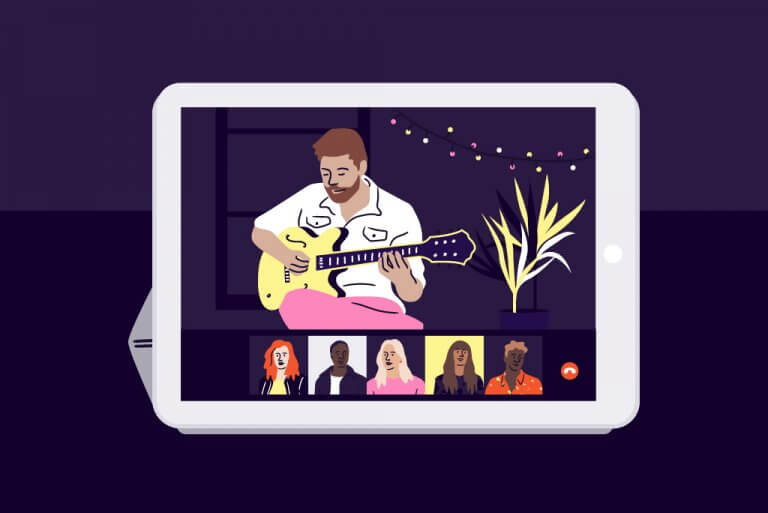 Are Online Concerts The Real Deal?

With the ‘new norm’ requirement of social distancing becoming the buzzwords for 2020, people are desperate for some sort of normality – and just want to have some fun! The concert industry – as it’s all about large groups of people coming together to watch a band – has been among the hardest hit. This is why many musicians have turned to performing online to keep in touch with their loyal fans.

What Is An Online Concert?

The concept of an online concert is a relatively simple one – it’s a concert that is broadcast online. Popular platforms that are used for these online concerts are Facebook and Instagram. The beauty of hosting a Facebook live-streaming concert is that people who don’t have a Facebook account can watch it. In contrast, an Instagram live-streaming concert is only viewable if you have an account on this particular social media platform.

Is An Online Concert Just Like A Music Video?

While some might argue that having a virtual concert detracts from the experience of actually being there, others could argue that an online concert allows you to have a better experience with the music as you’re not jostling with hundreds of thousands of people to catch a glimpse of the band on stage.

With a virtual concert, you watch in the comfort of your own home, are able to see the musicians clearly, and get great sound. Other added benefits are that you don’t have to stand in line, for food and drinks, for hours – at exorbitant prices – and the bathrooms are much nicer than at a stadium!

Online Concerts Will Stay For The Next Little While

Many famous recording artists – such as Chris Martin from Cold Play, Lady Gaga, John Legend as well as Pink – are hosting online concerts. If you’re not into this genre of music, don’t worry. Andrea Bocelli gave a magnificent performance in his online concert which was broadcast from the Duomo in Milan.

Los Angeles, where the Grammys – and other A-list awards shows, such as the Oscars and Golden Globes – has instituted a ban on public gatherings for a year – which will last the rest of this year at least in order to curb the spread of the coronavirus.

The 2021 Grammy’s are scheduled for the end of January 2021. Harvey Mason Jr, who is the head of the Recording Academy, spoke to Variety Magazine about the 2021 awards. He said that the plans hadn’t yet been finalised. However, they were playing around with three scenarios:

If they decide on option three, they would have to film the show very creatively in order to give viewers at home an incredible experience.

All Is Not Lost!

The world of online concerts provides so many opportunities – some of which we’ve not even thought of before. So before mourning the death of the live, in-person concert have a look at an online concert – there are tonnes out there – and see what they’ve got to offer!