Fact Vs. Fiction in Bohemian Rhapsody

The biopic on the fantastic Freddie Mercury, Bohemian Rhapsody, did an extraordinary job of bringing the frontman to life. Earning US$122.5 million globally on a budget of just US$52 million, it has also become the second-highest start of all time for a musical biopic, coming in just behind 2015’s Straight Outta Compton.

Although Mercury passed away in 1991, Brian May and Roger Taylor are both still around, and both served as creative and musical consultants on the film. There were, however, numerous instances of creative license coming in to play, as it didn’t exactly play out the way Rami Malek, who plays the iconic singer, and writer Bryan Fuller would have you believe! So why don’t you take a break from having fun with top Canadian mobile casinos and find out which parts were true and which were the work of Fuller’s imagination?

They Met Much Earlier On

Bohemian Rhapsody shows a young Mercury meeting May and Taylor on the night their former band, Smile, loses its lead singer, but, in actuality, he knew them way before this. The I Want it All singer also had made it clear right from the onset that he wanted the position he finally took up.

The movie also shows the Queen frontman meeting Mary Austin the same night he met the musicians he would go on to form the band with, but May had actually dated Austin for a while before she and Mercury hooked up. The vocalist spoke to his guitarist about how serious he was about her and asked if May would mind if he asked her out.

There Was No Ray Foster

The biopic features a delightful cameo by Mike Myers as an EMI Records Executive, Ray Foster, who refuses to let the band launch Bohemian Rhapsody as a single. There was no Foster in real life, but the character is roughly based on Roy Featherstone, an EMI chief who loved Queen but thought the song was too long to be released as a single. 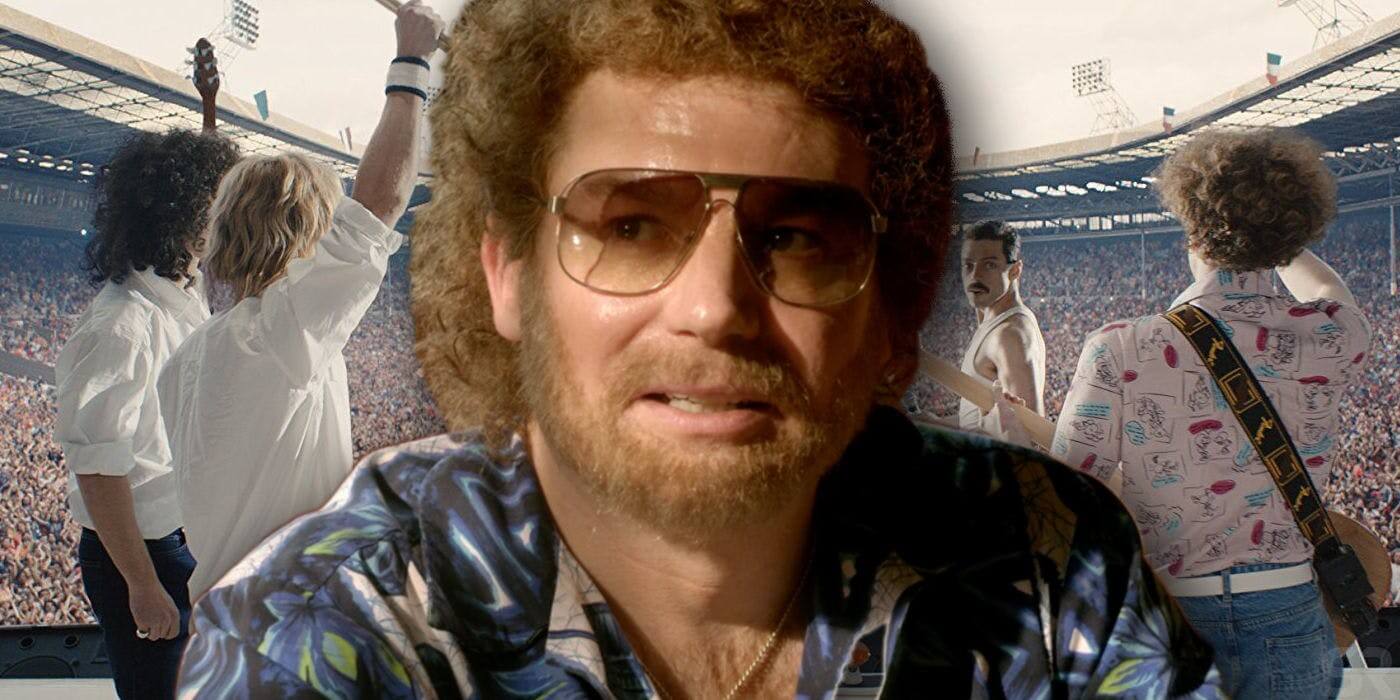 The film shows Mercury going behind Taylor and May’s backs to sign a solo deal, which makes them furious. However, there was actually no such estrangement between the members, and Freddie was recording his Mr Bad Guy solo debut at the same time as the band was pulling their 1984 release, The Works, together. What’s more, Taylor had actually already recorded a solo album by that point, called Fun in Space.

That’s Not What Happened at Live Aid

The film sees the British singer revealing his HIV-positive diagnosis to his bandmates just before their world-changing Live Aid London performance in 1985. But the actual time that he contracted the disease is still unknown, and Austin only found out in May of 1987 when Mercury refused to take a call from the doctor. Queen was only officially informed of his condition later on, in 1989.

Bohemian Rhapsody also shows Freddie reuniting with the band for this concert after years of not speaking to one another. In reality, they had performed together as recently as eight weeks before it.