Musicians are not always the most normal bunch, and some of the things that go down at live concerts are proof of that. We’re going to reveal some of the craziest live concert trivia ever so you can gain some insight into what goes on, on stage!

The Beatles were not known for making madly political statements, but they did have a hand in ending racial segregation as they simply refused to perform at any racially segregated events.

Nirvana once played a very tense concert in Buenos Aires where the crowd repeatedly threw trash and mud at the band. To get revenge, Kurt played mostly completely unknown songs and teased Smells Like Teen Spirit a few times, only to swap back to something far less known and random. 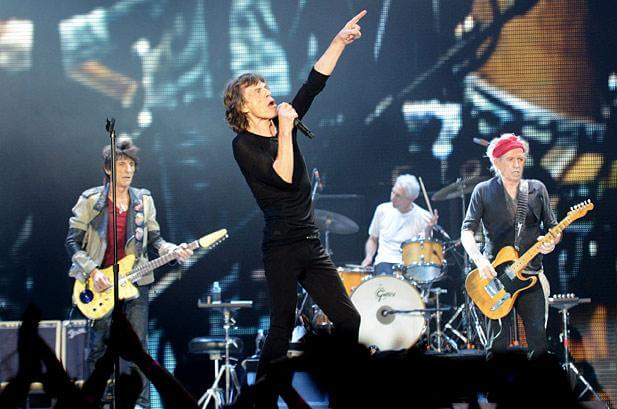 Not quite on stage, but at a free Stones concert 4 people sadly died. Oddly enough, the number of people attending the Altamont Concert didn’t change, as 4 babies were born during the event.

The Cure once played a concert that went on for 4 hours. During this time, they sang an incredible 50 songs. That’s roughly 4.8 minutes per song, although many of the bands biggest hits are a lot shorter.

System of a Down

The band once held a free concert that was intended for 3500 people. Word got out and triple the number of attendees arrived at the venue. Police eventually shut it down, there was a riot, and System of a Down lost over $30,000 in equipment. That’s a lot of money by any standards, whether losing it in equipment, or winning big in top Aussie online slots games at https://australianslotsonline.net/.

Taylor Swift once held a public vote about where to hold a free concert and 4chan users voted for a school for the deaf. The Red singer went on to perform at a children’s school for the deaf and prove she was as good as her word.

Crazy drummer Keith Moon of The Who hated drum solos so much that he refused to play them at any concert. One day the rest of the band simply stopped playing, but so too did Moon, shouting out that drum solos were boring!

The rapper is known for his enormous ego and this came back to bite him in 2014 when he halted a performance due to not everyone in the audience standing up. He stopped singing the Good Life and insisted everyone get to their feet, only to be left red faced when it turned out the person he had called out was in a wheelchair.

We all know about Ozzy Osbourne and the bat, but Alice Cooper was once given a live chicken during a gig. He thought the bird would fly and threw it into the crowd, only to have it torn apart. News headlines the next day said that he had “done an Ozzy” and bitten its head off, and Frank Zappa advised him not to contradict this, as you couldn’t put a price on that type of publicity!