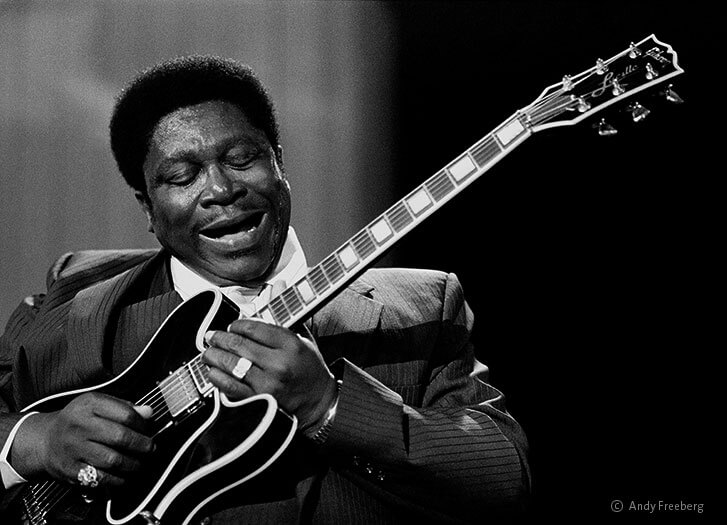 The Most Influential Blues Guitarists of All Time

Blues music has been around for generations, originating in the American Deep South in the late 19th century. African American musicians developed this distinct style of music as a form of emotive expression; it usually takes on a melancholy sounding tone and relates to themes of heartbreak or loneliness. This powerfully expressive genre of music has given rise to some of the most influential musicians of all time. In this article, we will take a closer look at some of the most recognised names in blues guitar.

Eddie James House (aka “Son” House) was born and raised in Mississippi during the former half of the 20th century. He is widely regarded as one of the founding fathers of blues guitar, although he played mostly to small, informal audiences during his early years. The dichotomy between his strong Christian sensibilities and his attraction to the blues lifestyle was a source of great inner turmoil for House.

The blues revival in the 1960’s saw House attain international recognition as one of the greats, long after he swore off his music career and moved to New York in the mid 1940’s. During the 1960’s and 70’s, House recorded his album Father of Folk Blues and played at performed at various gigs and festivals as a supporting act. His aggressive style of playing influenced some of the most notable contemporary blues artists such as Muddy Waters.

Riley B. King is one of the first names that jumps to mind when the subject of blues guitar comes up. His passion and energy both on and offstage as well as his trademark style of playing set him apart from the amateurs early in his career.

He rose to prominence in Memphis during a live radio performance in 1948 that morphed into a regular spot on a local station. His popularity and renown increased exponentially over the following years as he graduated from small-time radio to small venues, to concert halls, to stadiums, and everything in between.

6 years after his death in 2015, B.B. King remains immortalized in the Blues Foundation Hall of Fame as well as the Rock and Roll Hall of Fame.

The name Eric Clapton is synonymous with 20th century blues-rock music. Clapton has embodied several distinctive styles of playing throughout his long and illustrious career, but has always kept one foot firmly rooted in his blues origins.

Clapton has made history as the only musician to be inducted into the Rock and Roll Hall of Fame a record 3 times. Throughout his many decades as a beloved guitarist, singer, and songwriter, Clapton has performed with several groups and artists, most notably: The Yardbirds, The Bluesbreakers, Cream, Blind Faith, and Derek and the Dominoes.

In the early 70’s, Clapton famously battled with addictions to heroin and alcohol that sent him into isolation for 2 years. After his recovery, he returned stronger than ever, releasing album after album. Many believe his success culminated in the early 90’s with his release of the album Unplugged, for which he won 2 separate Grammy awards.